Inside the fight against new locust swarms in East Africa

Muse Aarinte watched helplessly as a swarm of locusts swept into his village, devouring the crops, bushes and even the leaves on the trees. Now he fears a plague is coming.

Geerisa village, a remote, mud-and-thatch settlement in an arid, breakaway region of Somalia, survived the first outbreak of locusts in January. But Aarinte doesn't think Geerisa's 1,900 families will be so lucky when the second wave comes.

Since December, billions of desert locusts have swarmed eastern Africa, ravaging crops, decimating pasture and threatening the livelihoods of more than 20 million people who depend on farming and livestock for their survival.

"The swarm covered the land and sky as far as the eye could see," said Aarinte, 93, chief of the village of animal herders, 350 km (220 miles) northwest of Hargeisa, capital of the self-declared Republic of Somaliland.

"They ate everything... there was no vegetation left. Soon they will return in bigger numbers. It is a curse sent to take land, livestock and people."

The outbreak, which is the worst in a generation, has seen hungry swarms - some the size of cities - sweeping across Somalia, Ethiopia and Kenya, feasting their way through hundreds of thousands of hectares of crops and grazing land.

The United Nations has called the infestation - which has also affected Uganda, Djibouti, Sudan, South Sudan, Eritrea and Tanzania - "a scourge of biblical proportions".

But so far limited resources have hampered efforts to fight the locusts, particularly in impoverished Somaliland - and the worst is yet to come.

A second generation of the insects - about 20 times larger - has spawned in countless pockets across the Horn of Africa. Within weeks, they will reach adulthood and take flight.

“The timing could not be worse. The second wave coincides with the planting season and the rains which are due in April," said Daniel Molla, food security and nutrition advisor for the United Nations' Food and Agriculture Organization (FAO).

"The swarms will wipe clean the vegetation just as it is sprouting. Farmers will have nothing to harvest and pastoralist communities will find little for their animals to eat."

Molla warned that if the swarms are not destroyed in coming weeks, the population of the insects could increase 400-fold by June, turning the infestation into a full fledged regional plague, which would be more difficult and expensive to contain.

"Only Allah will have the power to save us"

Locust swarms are not new to Somaliland, a poor, drought-prone region of 4.5 million people, nestled along Africa's northeast coast with the Gulf of Aden.

But climate scientists have warned that erratic weather linked to global warming has created ideal conditions for the insects to surge in numbers not seen in a quarter of a century.

Warmer seas have led to more cyclones in the Indian Ocean, causing heavy rainfall along the Arabian peninsula and the Horn of Africa, producing the perfect environment for breeding.

Since crossing the Gulf of Aden into eastern Africa in December, the swarms - which can travel up to 150 km (93 miles) in a day - have devoured fields filled with crops such as maize, millet and sorghum, and stripped bare grazing land. 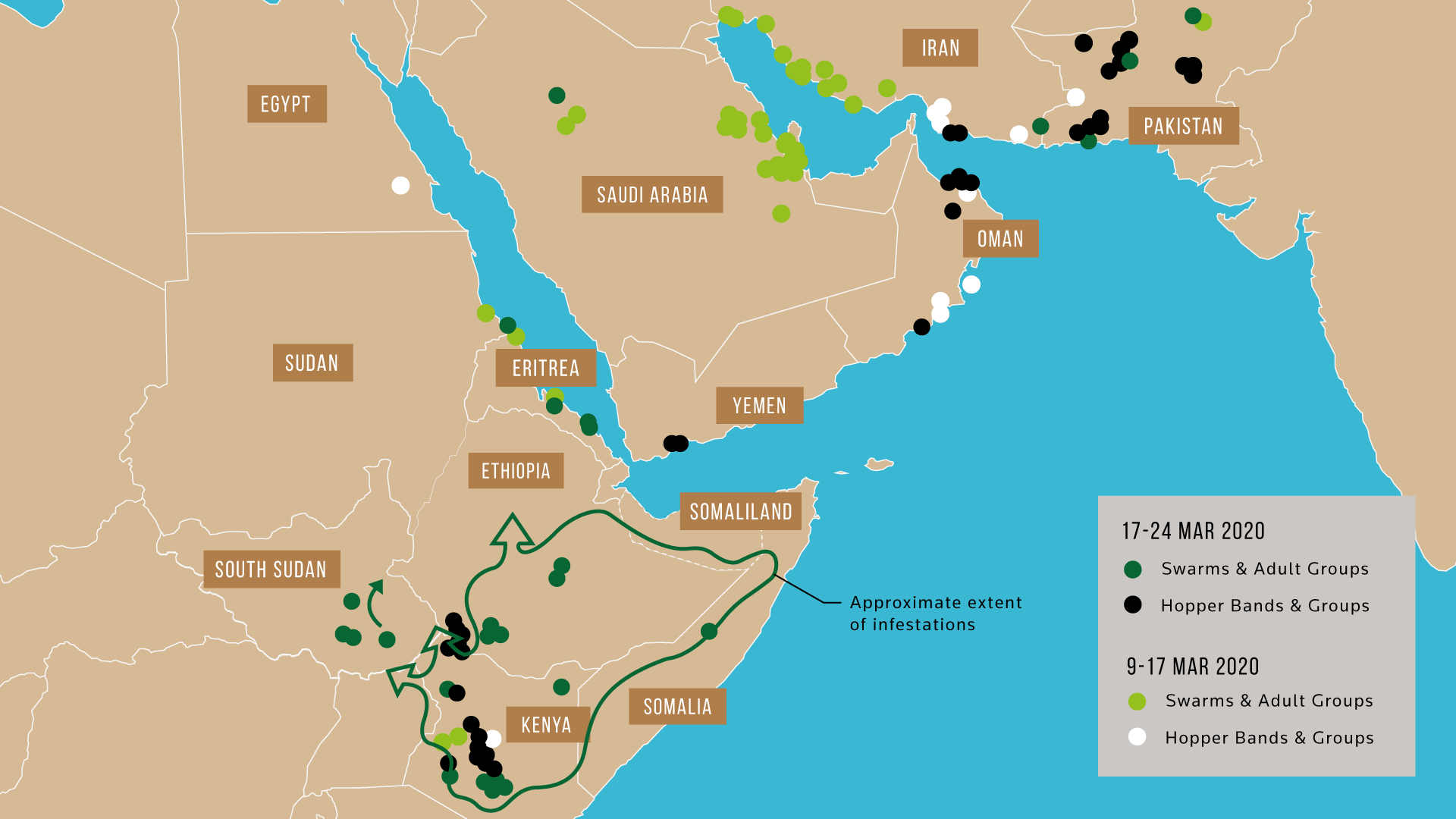 A swarm of a square kilometre contains 40-80 million locusts and can eat the same amount of food in one day as 35,000 people.

One horde sighted in northern Kenya this year was reportedly 2,400 square km - more than twice the size of Paris or New York, according to the FAO.

The pests have severely hit communities across the climate-vulnerable region who were already reeling from three consecutive years of droughts and floods.

"The swarm that came here was so big it blocked out the sun," said Abdi Shakur Muhammed, chief of Botor village, a dusty hamlet of a few traditional huts made of branches and animal hides, 65 km northwest of Hargeisa.

"We tried waving the locusts off the crops. Some people banged on pots, others burned rubbish hoping the smoke would drive them away. Some people prayed. But there were so many of them, it was impossible."

By the time the swarm took off the next day, Botor's 600 families had lost 60% of their harvest of maize, millet, beans and vegetables, he said.

"Only Allah will have the power to save us if it happens again," he added. Muhammed is right to be worried.

A few hours drive away, across the rugged, desert plains dotted with nomads herding camels, sheep and goats, a second generation of locusts has spawned in Awdal region, near Somaliland's coast.

Thousands of the pink-tinged insects - not full adults yet - hop and flutter in a patch of scrub, learning how to fly.

"The first wave of locusts laid their eggs here. You can see how the offspring is now maturing. By April, they will have flown," said Mohamed Mohamoud, director of Somaliland's plant protection department, as the insects flittered around him.

"Based on predictions of the wind, they are expected to then move into Ethiopia and Kenya, causing further devastation there. We need to contain them now, while they are still on the ground."

But Somaliland has limited capacity.

Although it has operated independently of Somalia since 1991 - with its own president, parliament, currency and international airport - it is not globally recognised as a country. 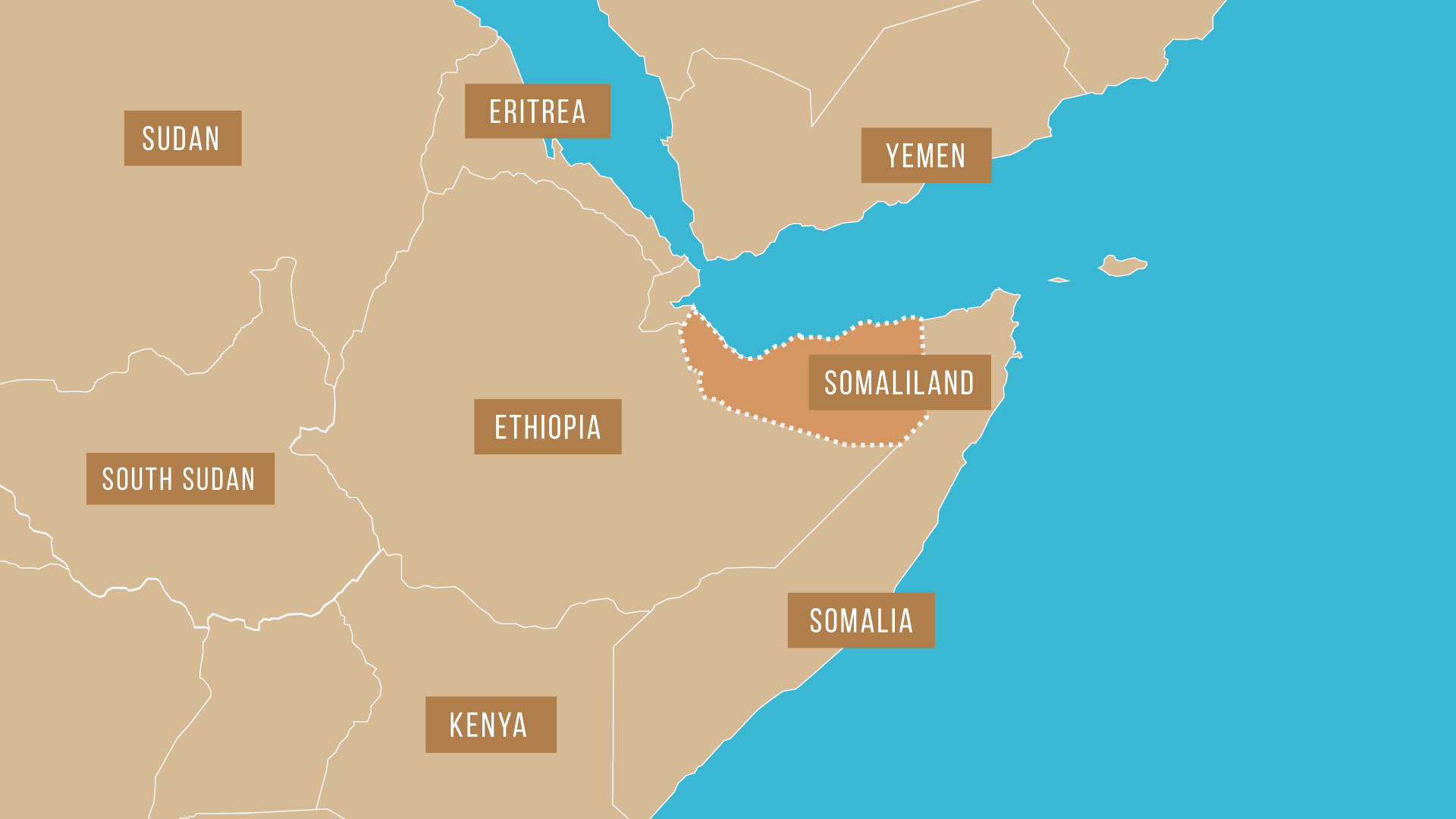 Somaliland declared independence from Somalia in 1991.

And despite being relatively safer than Somalia, where civil war and Islamic militancy have raged for almost three decades, Somaliland is often perceived as equally insecure.

A lack of foreign trade and investment, coupled with ineligibility for loans from the World Bank or International Monetary Fund, has meant much of Somaliland remains impoverished and under-developed.

One in three Somalilanders live on less than $1.90 a day, the World Bank's measure of extreme poverty.

With livestock exports making up 40% of gross domestic product and around half the population dependent on animals for their livelihoods, Somaliland's Agriculture Minister Ahmed Mumin Seed is worried about the locust infestation.

"As a government, we are compelled to take action against the locust infestation and we have mobilised some funds and manpower, but we have limited resources," said Seed.

"We still have time to contain them before the end of March/early April. Once they fly off and leave Somaliland and go to the neighbouring countries, it will be beyond our ability to control them."

The FAO has appealed to international donors for more than $150 million to help the eight east African nations control the outbreak. So far it has raised $110 million. Even so, Somaliland is struggling to respond.

Kenya, Ethiopia and Uganda have deployed a handful of planes to kill off swarms through the aerial spraying of pesticides. But fears of insecurity in Somalia - and Somaliland - have made it hard to find firms willing to contract out aircraft.

But with 80,000 hectares of land to cover and only two vehicles, each with a capacity to spray around 100 hectares in a day, efforts are moving at a snail's pace as April draws closer.

FAO officials plan to increase the number of vehicles to eight in the coming days, adding that authorities will spray as many locust sites as they can before the insects take off. One company has agreed to provide an aircraft for aerial spraying, but that it is expected in mid-April, they add. 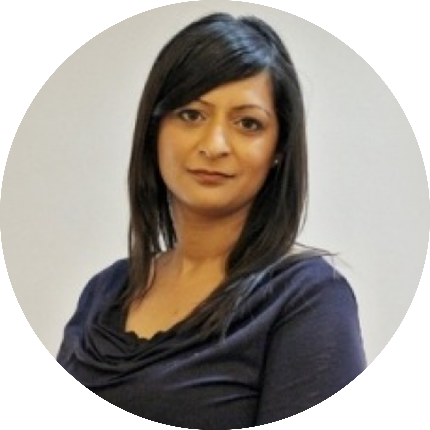 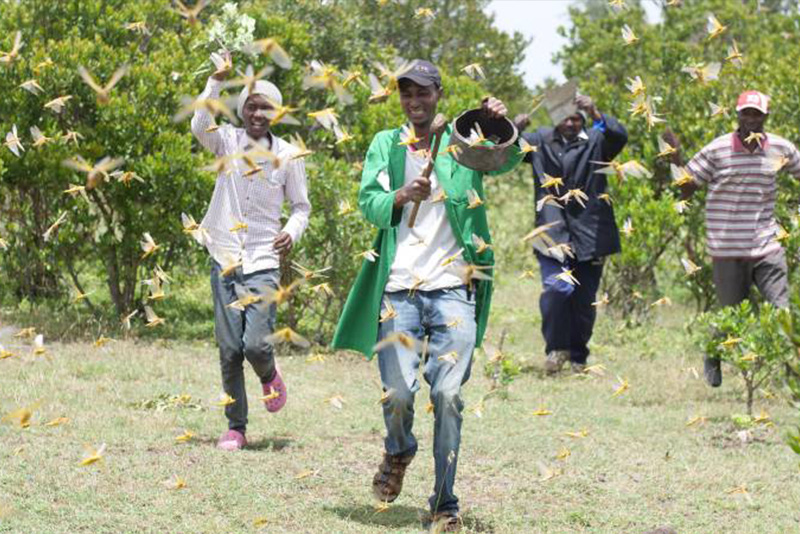 Locust swarms in East Africa: here's what you need to know

A weekly email with all the key updates from the past week.

A weekly email with all the key updates from the past week.